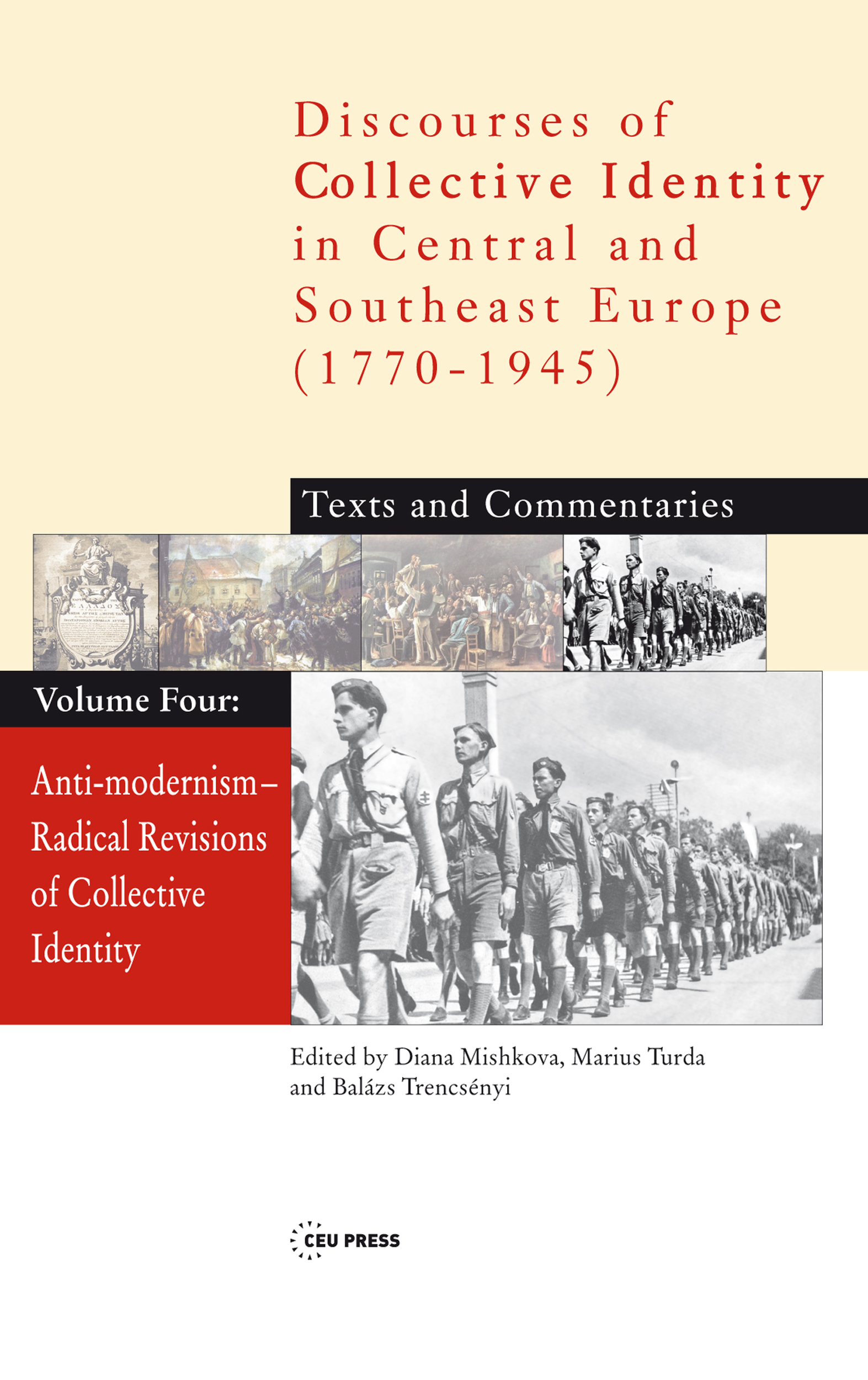 The last volume of the series presents 46 texts under the heading of âanti-modernismâ. Formed in a dynamic relationship with modernism, from the 1880s to the 1940s, and especially during the interwar period, the anti-modernist ideological constructions of national identification had a considerable impact on the political culture of our region. These texts rejected the linear vision of modernization as well as the liberal democratic institutional frameworks and searched instead for alternative models of politics. The Second World War and the communist takeover in most of these countries seemingly erased these ideological subcultures, who were often engaged in war-time pro-Nazi collaboration. However, their intellectual heritage proved more resilient and influenced the formation of ânational communistâ narratives in the 1960-70s, while after 1989 many of these references became actualized in the context of the post-communist search for ideological predecessors. âThis volume, as the entire series, is a challenging collection of essential primary sources, accompanied by introductory essays and contextual analyses in the best senses of the term: their high level of scholarship demands the intelligent engagement of the reader throughout; it invites the educated elites of Eastern Europe to throw away the crutch of myth and half-truth when promoting or interrogating their unique national identity; it demands that scholars working in the Western humanities rethink widely-held assumptions about âEastern Europe, what constitutes conservatism and progressiveness, and the idea of a ânormal' path to a liberal modernity. The introduction proposes a concept of âanti-modernism' to categorize phenomena in Eastern Europe that may be difficult to grasp for those whose path to liberal democracy has not been blocked by decades of totalitarianism, since they evoke an atavistic rootedness (conservativism) but in a paradoxically futural spirit (modernism). As a result, the reader of whatever cultural background emerges with a more lucid feel for what it means to be Eastern European, modern, and human after the End of History.â - Professor Roger Griffin, Oxford Brookes University