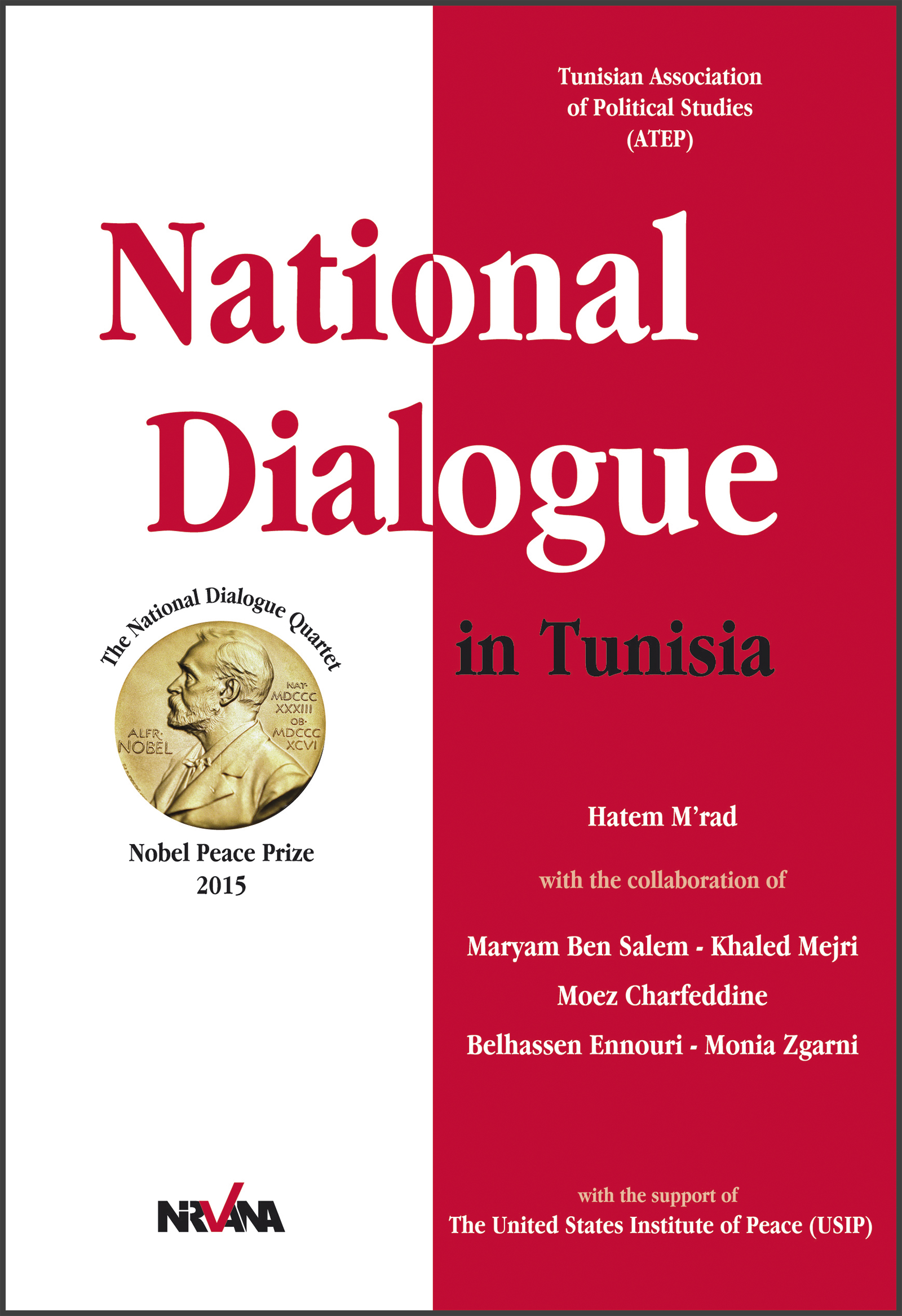 The authentic dialogue, the compromises, the consensus which allowed Tunisia to overcome its political and institutional crisis

This book is the final product of an investigation launched in November 2014 and completed in July 2015. It has collected first-hand information from stakeholders involved in the national dialogue through 26 interviews with leaders and representatives of political parties, representatives of the Quartet, the mediators of dialogue (UGTT, UTICA, ONAT and LTDH) and figures from the political area who participated in the National Dialogue or have observed it from outside.

These data were enhanced by the results of four Focus groups, held in Tunis, Bizerte, Sfax and Douz, designed to gather information on the perceptions of the National Dialogue from a small sample (32 people) of Tunisian opinion in different regions of the country, North and South.

A record of a key step in the history of Tunisia

The idea of the National Dialogue has always been in the background of the Tunisian transition. A process which was stirred at the slightest difficulty, at the slightest blockage. A process that was certainly not invented by Tunisia, which was first implemented in African countries such as Kenya (2008), Senegal (2009) or Sudan (2014), but also has been experienced in some Arab countries after the Arab Spring, as in Bahrain in 2011, Yemen in 2014 and attempts in Libya in 2013, 2014 and 2015.

We must admit that in Tunisia, the National Dialogue could follow its own logics through. This dialogue could bring together politicians, professional organizations, trade unions and representatives of civil society, as in the National Conferences of Senegal, which largely helped unlock a serious political and institutional crisis, a dead end situation, by means and process of compromise and consensus.

- "This book, recently published by The Tunisian Association of Political Studies, scientifically analyzes and sequences The National Dialogue in Tunisia. (...) This Dialogue, which took place after difficult negotiations, was born during a troubled period and considered as the only pacific solution for a country undergoing a transition and looking for references and governing policies. The Dialogue was successful: an elected government agreed to resign and an interim government was created." Hella Lahbib, La Presse de Tunisie